Dr. Max Cynader at TEDTalk 2013:
Enhancing the Plasticity of the Brain
“Neurons That Fire Together, Wire Together”

The past two decades of research has ended 400 years of belief that the brain was a fixed organ and when broken there was little if nothing to repair it. We now know that the brain is plastic – it can change:

At Tahoe Neuro Healing your therapy program is individually designed using natural and non-invasive therapies to support brain neuroplasticity not found in the conventional healthcare system. These therapies are adjunct to conventional care. As well the newest and advanced lab testing and
imaging studies not covered by insurance are
available to provide the best possible assessment of
your condition and foundation for your program. 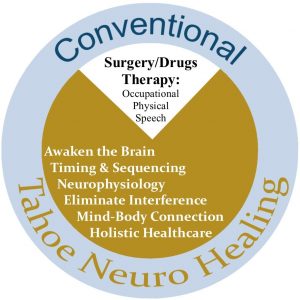 As seen in the above video, Dr. Cynader’s lecture focuses upon scientific advances of ‘memory enhancement’ and what is true for memory is true for other brain dysfunctions due to failed neuron connections. The therapies are clinically proven to support:

Tahoe Neuro Healing’s Innovative Approach to Brain Healing
Neuroplasticity is just one of the components of brain healing and in order for it to occur it is dependent upon several factors. In addition, brain function is also dependent upon the interrelationships of the brains various regions which are connected by neuron networks and chemistry pathways and neurotransmitters. At Tahoe Neuro Healing we address all of these factors. Healing the brain and re-establishing function is an intricate web that requires the following:

Stimulation of the brain is achieved by changes in behavior, environment, neural processes/sensory stimulation, thinking, emotions, as well as changes resulting from bodily injury. This approach integrates various stimulations to the brain to maximize neuroplasticity.

Modern processed foods, the environment and medications are filled with pro-inflammatory substances and neurological excitatory toxins that can cause neuro-degeneration and interfere with normal funciton. Cutting edge laboratory tests are used to identify autoimmunity, food allergies, gluten and protein sensitivities.

Thoughts alter physiolgy and emotions which can negative effect the body. To prevent and counter act those negative effects patients are taught skills for visualization, meditation and affirmation specific to each patients condition.

Healing the brain is a complex process requiring oversight by a primary care physician to ensure all bodily systms are working properly such as cardio-pulmonary, metabolic, Neuro-endocrine Immunology. Coordination with your current healthcare team, access to local hospital along with providing support care to families.

Brain Healing & Neuroplasticity
Neuroplasticity is the brain’s ability to reorganize itself by forming new neural connections throughout life. Neuroplasticity allows the neurons (nerve cells) in the brain to compensate for injury and disease and to adjust their activities in response to new situations or to changes in their environment. 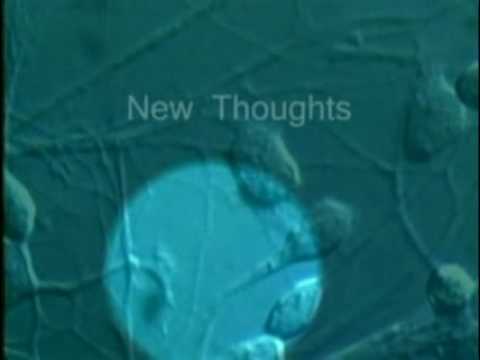 “Neurogenesis: How your brain looks when you think new thoughts” Dr. Joe Dispenza  2009 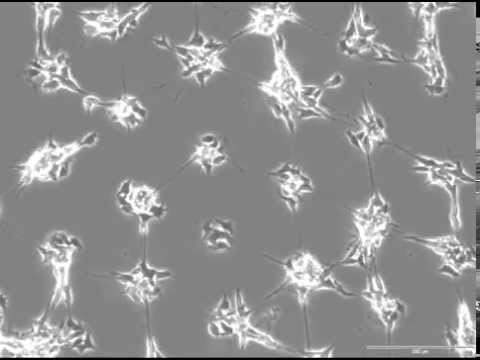 For example, if one hemisphere of the brain is damaged, the intact hemisphere may take over some of its functions. The brain compensates for damage in effect by reorganizing and forming new connections between intact neurons. In order to reconnect, the neurons need to be stimulated through activity.

Schedule your appointment now!
Find out how Tahoe Neuro Healing can improve your brain.

Below is more information on Neurological Rehab Therapy

All chronic health problem have at least some origins in the central nervous system which is composed of the brain, the brain stem, the cerebellum, and the spinal cord. In most chronic health problems, the brain becomes functionally altered. This is called a functional lesion and means that the specific part of the brain is still intact but it is not functioning normally. This can be compared to a structural lesion of the brain like a stroke or a tumor where the specific area of the brain in question is physically changed or destroyed. In a function brain lesion the area of the brain in question is not destroyed but rather it becomes weakened due to some underlying metabolic process, most likely inflammation. When a part of the brain becomes weak, it cannot function properly and the result is dysfunction in the body often times associated with physical symptoms such as pain, weakness, fatigue, sleep problems, depression, decreased energy, bowel problems, brain fog, headaches, etc.

Oxygen therapy can be an important factor of neurologic rehab because oxygen is one of the two fuel sources for the brain. Without oxygen and glucose, which comes from the foods that you eat, your brain will die. Oxygen therapy can be combined while performing neurologic rehabilitation to make sure the brain has enough fuel to get the most out of the rehabilitative procedures being preformed. Also, nutraceutical supplementation can increase oxygen binding to red blood cells and vasodilation to micro-blood vessels to increase oxygen delivery 24/7.

Again, as the weak structure inside the brain becomes stronger, symptoms will become less and less evident, and you will improve.